Taking a Look at the Languages of Social Media 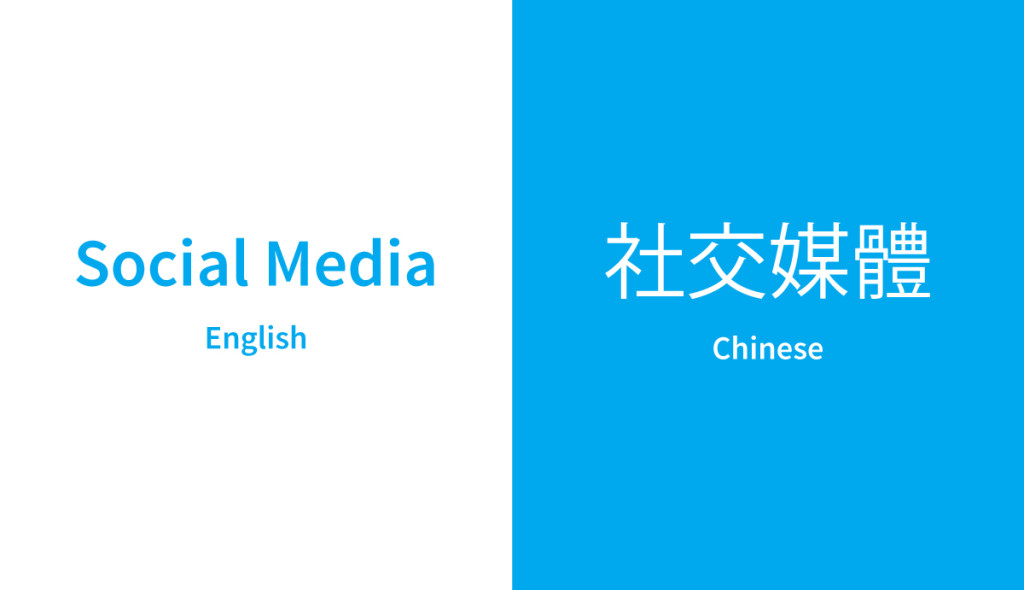 People are continuously posting information from all over the world on a variety of networks. This means there are posts in all sorts of different languages. Some networks, such as VK or Sina Weibo, are primarily in one language, but most networks are multi-lingual.

The Most Common Languages on Social Media

The five most spoken languages around the world are Mandarin Chinese, Spanish, English, Arabic, and Hindi. This should come as no surprise as these languages are spoken in the most populated areas on the planet. However, English is probably higher on the list due to it’s current position as the world’s lingua franca.

While one might expect the distribution of social media posts to be roughly similar, this is not the case for most networks. VK is primarily in Russian, despite having users all over the world. Weibo is almost exclusively Chinese, as most other networks were banned in China at one point. Interestingly enough, Twitter’s most used languages, as of 2013, are English, Japanese, Spanish, Malay, and Portuguese. There has also been a recent uptick in the number of posts in Arabic.

East Asian languages have always had interesting problems when it comes to technology first developed in the West, mainly due to their different writing systems. The oldest system in the region is Chinese. Unlike most languages that form words by reusing characters and letters, Chinese assigns a unique meaning to groups of characters and doesn’t have a need for spacing between the characters. Without spacing, it’s really hard to break Chinese text down into words in order to perform analysis for trends, sentiment, etc.

Another issue that makes it hard to perform advanced analysis on Chinese social media posts is the fact that there are currently two Chinese writing systems: simplified and traditional. The simplified writing system came about during the cultural revolution of the 50’s and 60’s, when the Communist party was coming into power. At the time, the thinking was that it would be better to simplify the strokes for several characters and remove redundant characters. Unfortunately, this caused a divide between Chinese speakers because some communities outside of mainland China, including countries such as Taiwan and overseas populations in the US, kept using traditional orthography.

Japanese is another interesting language. While it does borrow some characters from Chinese, it also uses it’s own system, called Kana, to represent syllables. This makes it a lot easier to perform analysis on Japanese text. Japan, historically, has also adopted technology a bit faster than other countries, leading to a wider proliferation on social media. For example, Japanese is the second most common language on Twitter.

The widespread use of social media in Japan has also led to some interesting trends that have spread across the world. One of these trends is the use of dongers, which are a series of characters that form a picture, usually some sort of face. Here’s an example: ༼ つ ◕_◕ ༽つ.  While this trend started in Japan, it’s not uncommon to see this in a variety of English social media posts as well.

Another big trend first started on the Japanese video sharing site NicoNico. On YouTube and other video sites, the comment section is separated from the videos. But on NicoNico the comments are part of the videos, showing up in the video frame. While this initially seems like way too much information being presented at once, I wouldn’t be surprised if more networks try to copy this style.

Other languages, while not having technological problems, have different slang that have become global. At this point, sayings like “LOL” or “OMG” are pretty well known, but it seems like each language and region has their own spin. For example, “MDR” in French expands to “mort de rire” which means dying of laughter, also known as “LOL”.

To learn more about where and how social media is being used around the world, check out our blog post: State of Social Media Usage and Growth in 2015.