Houston is familiar with floods, but this time it was worse than ever.

Houston often feel the effects of severe weather, but earlier this week the city experienced an historic flooding event that all but shut the city down. Record rainfall totals caused rivers and bayous to rise well past their banks and spill into roadways and neighborhoods. Roads were shut down due to the flooding, schools and businesses were forced to close, people were forced to stay where they were – the city was effectively immobile for a couple of days. 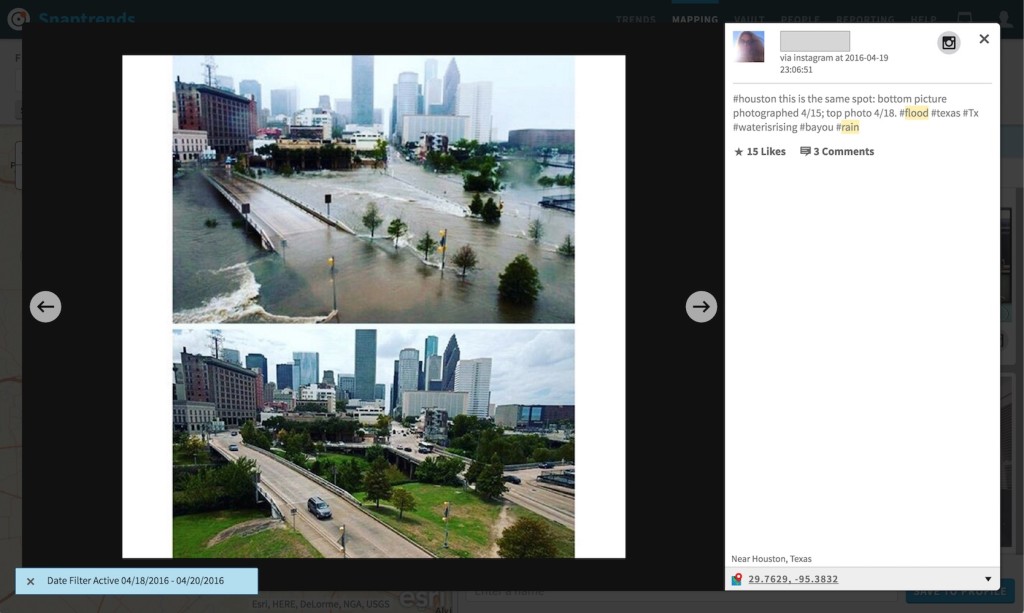 Image taken during the historic flood event in Houston in April 2016.

We set up a lens over Houston to see what was being posted to social media during this time. What we saw shocked us – flood waters at street light level, completely empty highways and interstates (besides water), and more.  People talked about how the water was higher than they’d ever seen it before… and this is a city that has to contend with seasonal hurricanes and has experienced prior record-breaking flooding events.

Word cloud of the  most common words being used on social media in Houston during the flood event.

Even before a state of emergency was declared, emergency crews were already springing into action, rescuing citizens trapped by the rising waters and helping them to safety. Though emergency lines such as 911 continued to work throughout this specific weather event, that isn’t always the case. Around the country, emergency lines are sometimes cut off during severe weather and people have to rely on other means to communicate they need help. 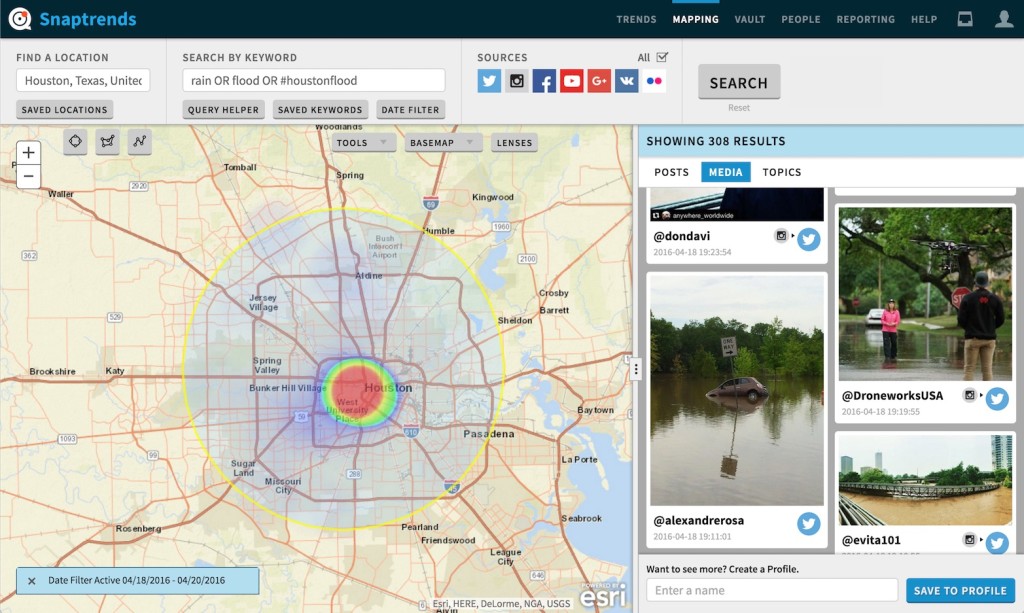 Screenshot of some of the photos and videos being posted during the Houston flood event in April 2016.

Often, people will turn to social media in these types of scenarios. Emergency crews and first responders can utilize this public geosocial information to gain actionable insights about people who need rescue, areas that are most affected by damage, and where they are most needed at any given time. With this type of real-time, on-the-ground information, they are more prepared to deploy resources where they are needed and provide assistance to those who need help.

To learn more about how social media monitoring is being used to help during severe weather events, check out our recent blog: Scientists Are Using Social Media Monitoring & Geofencing to Track Natural Disasters.